A Conversation with Jana Morrin

As Marian Wright Edelman once said, “You can’t be what you can’t see.” With that being said, one of our priorities for WomeninTech-FTW is to highlight women who are currently in the tech field, allowing a younger generation of girls/women to be introduced to inspirational figures. This is the emphasis of this interview series!

This week’s spotlight is on the founder of Speakfully, a HR-and-employee aiding platform, Jana Morrin. The app is designed to serve those experiencing workplace mistreatment and be a safe place to report those happenings. After struggling with workplace mistreatment herself, this became Jana’s passion project in order to ensure that others would not be subjected to the same mistreatment that she was.

A Conversation with Jana Morrin 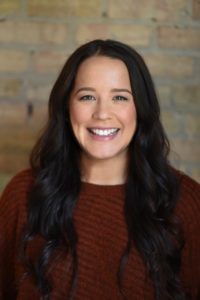 WIT-FTW: Ms. Morrin, you are the CEO & Co-Founder of Speakfully. What is your educational background and how has it helped mold you into a successful woman in this field?

Jana: I earned my Bachelor of Science from the University of Wisconsin-Eau Claire. It isn’t in a field directly related to what I’m doing now, but I think getting your degree shows dedication and teaches you how to work hard toward an end goal. That being said, work experience is extremely important, especially if your degree isn’t directly related to your work. The way that I operate, make decisions, and do pretty much anything is based on previous experience and learning from it. There is a lesson in everything you do, even when you’re done with formal schooling. Always try to take what you learned from that lesson and use it to grow and develop into a better person and leader!

Jana: I’ve always been the type of person that has been able to speak and get along with anyone. I like to think that I’m naturally confident, passionate, and dedicated to building a successful career. So naturally, when I was recruited for an exciting new position that required me to leave a role that I had been at for a while, move to another city, start a new life, I took the opportunity.

I reported directly to a C-suite leader who instantly took an interest in what I thought was my success — I later realized it was more him “grooming me.” Quickly, I came to feel trapped. If I acted like the big and confident me, he took an unhealthy interest and obsession in what I was up to. If I acted small and distant, he would blow up and get angry at me. I tried everything I could think of to stay on this career path, as it was following a trajectory in my life that I worked so hard for, but I had no choice but to leave.

What made it so tough was that I never thought something like that would happen to me. I was so strong. I was so confident. I was so capable of speaking up for myself, and yet it happened. And so, in the six months after leaving that job, I slowly put myself back together.

I moved and found a friend and business partner who had previously founded a successful software company, and who happened to have people close to him who had experienced something similar to what I had. We started to build that tool that people experiencing workplace mistreatment needed during these periods in our lives. Something that could have helped us know we weren’t alone, that the company cared about us, that what we are going through and even after we left deserved to be shared with HR, and most importantly that supported us. To me, creating a tool that lets others feel heard, that lets others speak up, and speak fully is why I do what I do every day.

WIT-FTW: What kinds of advice/support can Speakfully give to women in the tech world that have experienced some type of workplace harassment and are looking for answers?

Jana: Speakfully has a free version of the platform where you’re able to log in and have access to a variety of tools that will help support you. It provides outside resources for if you are unsure of what you’re going through or would like to understand better what is happening. And it gives you a place to go and write down your experiences with the ability to export that documentation when you’re ready to bring it to your HR team and/or organization.

WIT-FTW: What are some of the ways we can prevent workplace harassment from happening in the first place?

Jana: Organizations continuing to have conversations with employees about the topic in general, and showing that they care, will go a long way. Over time, it will show employees that it is a topic that you genuinely want to prevent and minimize, which will organically give them a sense of safety and comfort to come forward sooner with an issue than they would otherwise. To totally prevent workplace harassment may be difficult, as we ultimately can’t control others. But we can educate and continue to learn and talk about it to minimize as much as possible.

WIT-FTW: Women in TechFTW is all about trying to get more women/girls into the tech field, how has Speakfully helped in being more inclusive to women?

Jana: We are still a smaller team, but whenever we post any jobs we try to post to a variety of platforms so that we can reach as many populations as possible. We want to be diverse and inclusive in everything we do, which includes hiring women in tech roles. Having an all-remote team allows us to look all over the country as well, which just gives us an even bigger more diverse pool to choose from.

WIT-FTW: Do you feel as though you have faced adversity in the tech field because you are a woman? What adversities/inequalities have you had to overcome?

Jana: Yes. I try not to dwell too much on the past and am always looking at the present and how I can continue to develop. But of course, I’ve had my fair share of adversity. That comes in the form of seeing men continue to get promoted over me or even once getting in a leadership role or not being respected the same as men are. An example that I talk about often is the way that men are “allowed” to speak to each other when they are “passionate” about a viewpoint. It isn’t the same as how women can. If I was to argue the same way some men do, it would be labeled as defensive or aggressive, but I could be saying the same thing in a man’s body, and it wouldn’t be looked at or thought of twice. Is it fair? No. But I’ve had to try and find ways around that and change the way I approach different situations to navigate that.

WIT-FTW: If you could go back in time and give your younger self advice in regards to entering a male-dominated workforce, what would it be?

WIT-FTW: What advice would you give girls who are looking to follow a similar path?

WIT-FTW: How do you think we can begin to make the world of tech more inclusive for women?

Previous
Where Are the Black Women in STEM Leadership?
Next
NASA’s Artemis Program & What It Means For Women In Technology