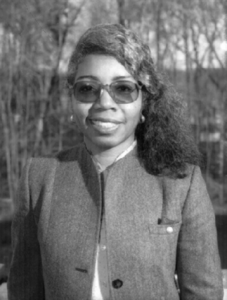 Valerie Thomas was born in Maryland in 1943. From a young age, she had an inquisitive mind and was fascinated with learning, specifically in the fields of math and science. These inquisitions were not encouraged in her younger years, in fact, her father refused to work on any projects with her. This did not prevent her passion for knowledge or interest in science from growing.

During her time at NASA, Thomas was an incredibly valued employee. In the 70’s she would spearhead the management team for the image-processing systems for Landsat. Landsat became the first satellite to send images to the Earth from space utilizing this technology. After her success in this department, she went on to patent the illusion transmitter. The illusion transmitter is capable of producing optical illusions with the use of two concave mirrors. These mirrors create images that seem to be in front of the mirror and real. NASA went on to adopt this technology and it has since been used in a variety of different fields such as surgical technology and television production.

Thomas worked at NASA for 30+ years and went on to be the lead in a variety of different departments. In addition to her work at NASA, Thomas made an effort to educate the youth through programs like National Technical Association and Science Mathematics Aerospace Research and Technology, Inc. She finally retired in 1995, leaving behind a long legacy of technology and advancements for equality.