Find Women Who Are

Featured Spotlight of the Week

Why do you care about women in tech?

Tell us why women in tech is important to you or nominate someone you know that is making strides in the field and see them featured here! 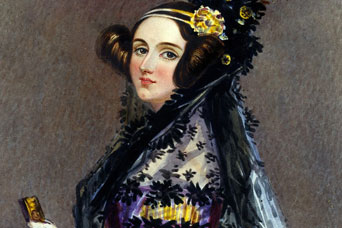 Lovelace published the first algorithm that would be used by the machine when she recognized the machine had a purpose beyond pure calculation. Thanks to this, she is sometimes regarded as the first to recognize the full potential of a computing machine and one of the first programmers. 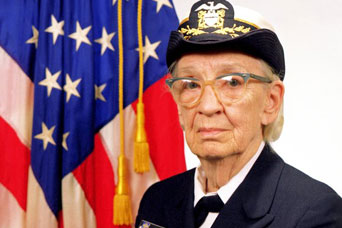 Dr. Grace Brewster Murray Hopper was an American Computer Scientist and United States Navy Rear Admiral. She received her Ph.D in mathematics at Yale University and taught at Vassar College. Dr. Hopper joined the Navy Reserves after being denied to the Navy during WW2 due to her age.

While in the reserves she helped create the Harvard Mark 1. Afterwards, she joined a company called Eckert-Mauchly Computer Corporation helping to create the UNIVAC 1 computer. At Eckert-Mauchly Dr. Hopper created a compiler that coverted English terms into machine code that computer could understand. 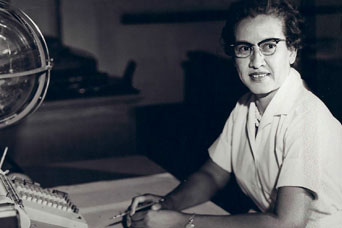 Katherine Coleman Goble Johnson is an African-American mathematician whose calculations of orbital mechanics as a NASA employee were critical to the success of the first and subsequent U.S. manned spaceflights. Johnson spent 35 years at NASA earning a reputation for mastering complicated manual calculations.

Her calculations were so essential to the beginning of the space shuttle program that she helped calculate trajectories for the Apollo lunar lander and worked on plans for missions to Mars. Johnson was awarded the Presidential Medal of Freedom by President Obama and was portrayed by Taraji P. Henson as the lead role in the 2016 film Hidden Figures. 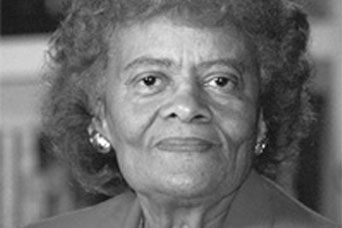 Dr. Evelyn Boyd Granville was the second African-American woman to receive a Ph.D. in mathematics from an American University; she earned it in 1949 from Yale University. Dr. Granville went on in her career teaching mathematics at 5 colleges, one a HBCU (Fisk College) and also worked on various projects for the North American Aviation Space and Information Division. Dr. Granville has been a strong advocate for women’s education in technology. 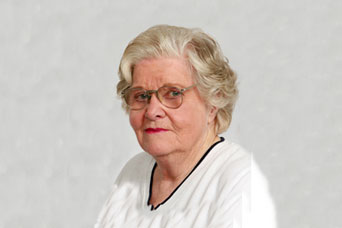 Jean Jennings Bartik was one of the original programmers for the ENIAC computer. She studied mathematics in school then began work at the University of Pennsylvania, first manually calculating ballistics trajectories as human computers, then using ENIAC to do so.

Bartik and 5 other women signed up for a project to manage the computer as its first programmers. Their duties were to come up with problems for the ENIAC to solve, even without being taught any techniques. While the women worked on the ENIAC, they developed programming techniques each as nesting and subroutines and some think they invented the discipline of programming digital computers. 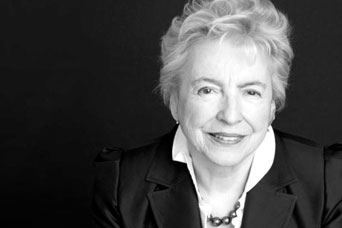 Dame Vera Stephanie “Steve” Shirley is a British information technology pioneer, businesswoman and philanthropist.  In order to be taken seriously in the male-dominated business world, Dame Shirley took on the name “Steve” instead of using her real name. She founded a software company in the 1960’s called Xansa that created job opportunities for women with dependents by predominantly hiring women. 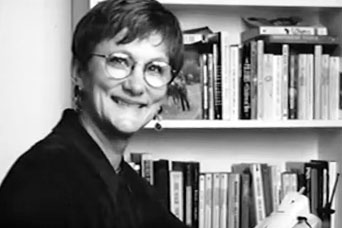 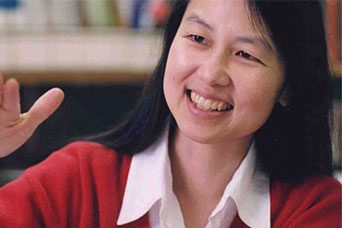 Jeannette Marie Wing is Avanessians Director of the Data Sciences Institute at Columbia University, where she is also a professor of computer science. As well as being a teacher, Wing has also been a leading member of the formal methods community, particularly in areas of Larch.

Wing has also been a strong promoter of computational thinking, expressing algorithmic problem-solving and abstraction techniques and how they might be applied in other disciplines. 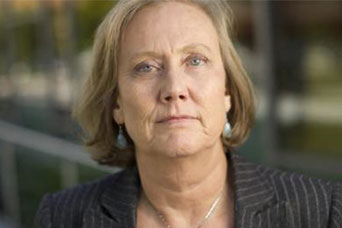 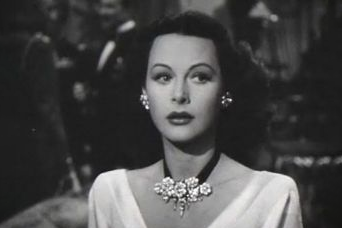 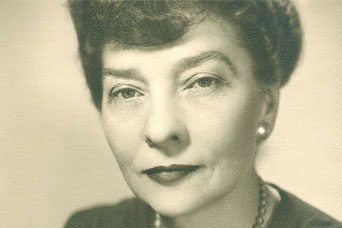 Known as “America’s first female cryptanalyst”, she was instrumental in decoding three Enigma machines along with Alan Turing and solved dozens of radio circuits to decipher around four thousand Nazi messages that saved many lives during World War 2.

A pioneer code breaker, she helped – along with her husband – invent the science of modern cryptology, which is used to this day by US intelligence agencies, as well as many technologies like text messages, emails and bitcoin. 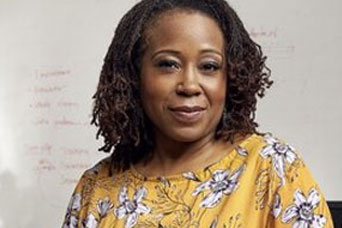 Professor Howard began her career developing robots while working for NASA’s Jet propulsion Laboratory where she was an investigator for the Safe Rover Navigation Task — responsible for unmanned planetary rovers that investigate the terrain on Mars. Afterwards, she began teaching robotics at Georgia Institute of Tech (Georgia Tech) and is the leading expert on developing and applying robotic technology for the benefit of humans. 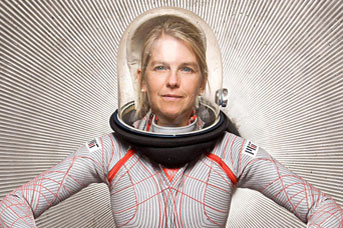 Dr. Dava Newman has an impressive career in Aerospace, currently working as a professor in Aeronautics and Astronautics at the Massachusetts Institute of Technology (MIT). She holds a faculty membership with the Harvard-MIT Health, Sciences, and Technology. She was a Deputy Administrator for NASA and has researched multidisciplinary aerospace biomedical engineering for human performance in space.

She is known for her second skin, BioSuit™ planetary spacesuit, which is a soft suit that will hopefully evolve the current space suit we use today. 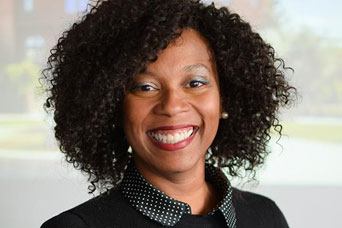 Professor Kimberly A. Scott is a professor of Women and Gender Studies at Arizona State University (ASU). She’s also the founding executive director of ASU’s Center for Gender Equity in Science and Technology (CGEST). At this center, they focus on one-of-a-kind research identifying and creating scholarships for underrepresented women and girls in science, technology, engineering, and mathematics (STEM).

This center creates projects that are funded with the National Science Foundation, like the (NSF)-funded COMPUGIRLS. Professor Scott is currently completing her book COMPUGIRLS: Becoming Ourselves in This Digital Age (University of Illinois Press). 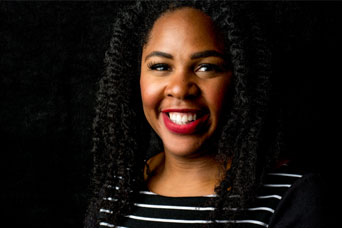 Dr. Isler is the first African American woman to receive her Ph.D. in Astrophysics from Yale University back in 2014. She’s currently an assistant professor of Astrophysics at Dartmouth College where she studies hyperactive, supermassive black holes.

Dr. Isler is also vocal on inclusion and empowerment in STEM for minorities and has created organizations like #VanguardSTEM, a weekly web series that explores Women of Color’s experiences in STEM and her non-profit organization, The STEM en Route to Change (SeRCH) Foundation, Inc., that’s dedicated to using STEM as a pathway for social justice. 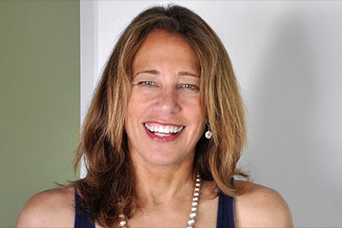 Susan Kare is a Graphic Designer known for her innovative iconography and typefaces that helped personalize the 1984 Apple Macintosh computer. For the next 30 decades she’s worked on designing user interfaces for leading tech companies and is the reason the current state of UI design in technology is simplistic and personable. Her take on what makes a good icon, “The best icons are more like traffic signs than illustrations”. 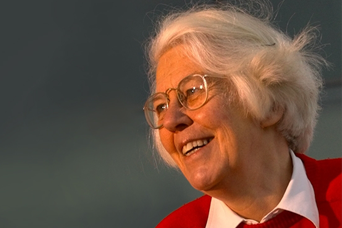 Karen Spärck Jones was a British computer scientist and one of the pioneers of information retrieval (IR) and natural language processing (NLP). She’s responsible for the concept of inverse document frequency which is used as the basis of most modern search engines. Jones was also an advocate for other women in her field. Here’s a famous statement she made about getting more women into technology, “Computing is too important to be left to men.” 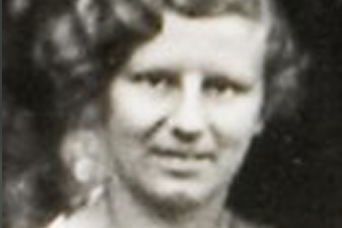 Joan Elizabeth Strothers was a Welsh physicist who helped create important technology during the Second World War.  She is most known for her chaff radar invention that helped reduce the loss of lives among Allied bomber crews. Strothers also helped in the creation of the Atomic Bomb, working on the electromagnetic isotope separation process and proximity fuse. 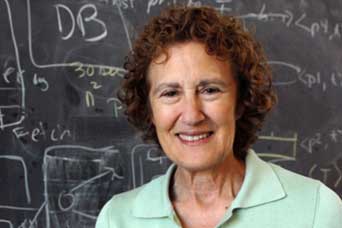 Dr. Barbara Liskov is a computer scientist that was one of the first women in the United States to get a doctorate in the field. She’s known for her work on the programming language CLU (short for cluster) that helped to organize code into modules instead of long goto statements. CLU is the foundation of future programming languages such as Java, C++, and C#. She’s also a Turing Award winner for her development of the Liskov substitution principle. 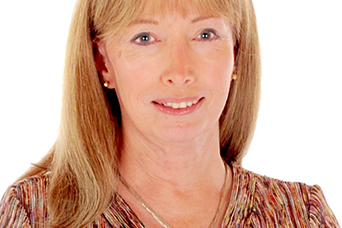 Lynn Conway is a very inspirational woman. She’s a computer scientist, inventor, and transgender activist whose most notable for her work with Prof. Carver Meader co-authoring a textbook called ‘Introduction to VLSI Systems’. Her pioneering work on electronic chip design at Xerox Palo Alto Research Center in the 70s helped create the textbook that many chip designers and tech companies would use as the foundation for their silicon microchips. This work won her many awards including the election as a Member of the National Academy of Engineering, the highest professional recognition an engineer can receive.

Conway is also a Trans Rights activist, after being fired from IBM in the 60s for transitioning, with the work she did there going unrecognized for decades, she has since spent her time championing for the rights of others. She hopes to one day live to see the day when gender transition is no longer seen as sad, in her own words, “but instead as a wonderful life-giving miracle for those so unfortunate as to have been mis-gendered at birth.”

To find out more about her work and activism, check out her site below. 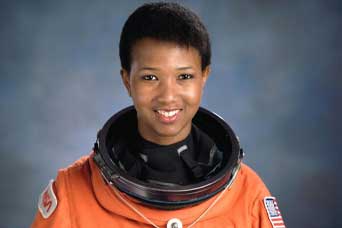 Mae C. Jemison is the first African American female astronaut and her flight into space in 1992 made her the first African American woman in space. As the science mission specialist on the crew of the Endeavor, Jemison was responsible for crew related experiments in the space shuttle; experiments on weightlessness and motion sickness on the crew and herself. Mae Jemison has received many accolades and accomplishments since her historic mission into space, she’s also an inspiration to many women and other members of minority groups that hope to become an astronaut.