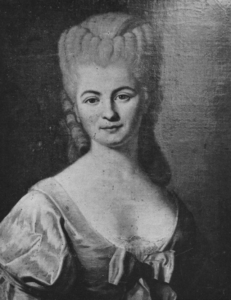 Nicole-Reine Lepaute was born in Paris as the daughter of a valet in service of Louise Élisabeth d’Orléans. She would eventually go on to marry Jean-André Lepaute, who was a royal clockmaker in 1749, which would be a formidable decision for her career. Together she and her husband would go on to create a clock with an astronomical function. This clock would then be presented to the French Academy of Science in 1753, which would introduce her to the man, Jérôme Lalande, who recommended her for her most notable work.

After seeing the work that Lepatue did on the clock at the French Academy of Science, Lalande would go on to recommend that Lepatue join a team to calculate when Halley’s Comet might return and the attraction of Jupiter and Saturn of the comet. The team presented their conclusion in 1978, and it ended up being very close to when the comet actually arrived. They determined that the comet would arrive again on April 13, 1759, and Halley’s comet actually ended up arriving on March 13, 1759. One of the men on the team refused to recognize Lepatue’s contributions to the work, but Lalande included her recognition in his publication of the finding.

Lalande valued her work so much that he would include her in another team of his in 1759 to calculate the Transit of Venus. She went on to calculate and discover a variety of other astronomical findings in her lifetime. One being in 1762, when she calculated the exact time of a solar eclipse that occurred on April 1, 1762. As well as a number of stars, moons, and planets that would help out astronomers for years to come.

There is both an asteroid and a lunar crater named after Lepatue in recognition of her hard work and advancements in the field of astronomy.

Resources for Diversifying STEM in College