By training diverse women in science and tech to become leaders, the whole ecosystem benefits 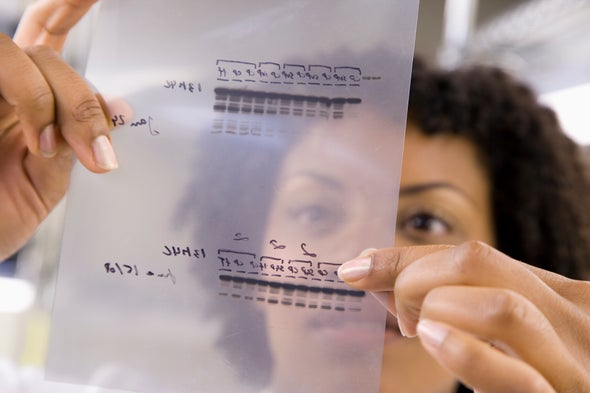 Today, Black women are working in every industry imaginable and doing jobs that, just a generation or two ago, we could only dream of. Yet the number of those working at senior levels in STEM fields remains distressingly low. In March, the National Science Foundation reported that in 2016 alone, Black women earned more than 33,000 bachelor’s degrees in science and engineering, and 24 percent of doctorates awarded to Black women were in STEM. But that same report showed that in 2017, only 5 percent of managerial jobs in STEM were held by Black women and men combined. So, where are we?

This disparity is occurring amid record employment levels, and there is a critical need for qualified technical workers—but we cannot expect women and underrepresented minorities to remain in work environments where they cannot grow and thrive. We also cannot expect girls to enter fields where they do not see positive role models. It is imperative that we stop the constant drip from the leaky STEM pipeline by working hard to retain women—and especially underrepresented women of color—from the middle to the end.

Not only is this important for today’s workforce needs, but also for tomorrow’s. Despite our best efforts to encourage future generations to become scientists and engineers, there is no guarantee they will enter or stay in the STEM workforce once their education is complete. Without an influx of new talent each year, the United States will far further behind other nations in innovative and technological advances. Let’s spend more time and money to ensure we can keep those Black women who are determined enough to make science a career.

At one time, Fortune 500 companies had their pick of the top graduates from the best schools, but no more. A brilliant young engineer from a top university will be heavily recruited but is just as likely to create her own company as go to work for a long-established one. Some industries are already feeling the impact of this and are trying to adapt. In the last several years, there have been some attempts to stem this rising tide by reaching out to a broader demographic of potential workers.

While leaders may say this is to address the ongoing gender imbalance in technical fields, dig a little deeper and it becomes clear companies already know they will not have enough capable talent to fill these roles in the digital revolution and are trying prepare for the loss of a preferred demographic.

Globally, we are still struggling to attract and retain women in STEM fields. While the problem has been getting more attention, the change is occurring much too slowly. The underlying reasons why diversity and inclusivity have not taken root have not changed over time. Women and minorities cite feelings of isolation, mistreatment by colleagues and management, and lack of opportunities for advancement as the reasons they leave STEM fields.

ne solution is to create more diversity and inclusivity in emerging technologies by preparing underrepresented women already in STEM for roles in leadership. These efforts would provide the skills necessary for diverse women with traditional STEM degrees to rapidly transition into emerging technologies such as artificial intelligence, virtual reality, the Internet of Things and cybersecurity, while leveraging their previous experience and preparing them for leadership. Such resources could ensure women with technical backgrounds get the support necessary to become leaders in these industries far more quickly than we could by waiting on the next generation of workers to advance.

And more diverse leaders in these fields are needed for there to be a significant impact that creates the enduring change of including women and people of color in all areas of technology. It is critically important girls and women around the world have role models, mentors and champions in the workplace of the future who look like them. By training diverse women already in technical roles to become leaders, the entire ecosystem benefits. Women scientists and engineers understand the challenges of working in male-dominated fields and can better prepare others wanting to learn how to excel in management and entrepreneurship.

In 2015, we launched Black Women in Science and Engineering (BWISE) to support underrepresented women via networking, mentoring and career development. The group consists of women with degrees in science, technology, engineering and math, even if they no longer work in these areas. Research has shown diverse companies are more productive and successful. A dire shortage of STEM workers is predicted in the next 20 years, so it is imperative that young Black women be included in the workforce. Few companies have workforce affinity groups (associations based on shared experiences and backgrounds); these types of organizations are known to build support and morale among workers who feel acknowledged, valued and included within the larger corporate structure.

With BWISE, employees can get what they need despite—or in addition to—company offerings. Here, they have a safe space to discuss challenges and receive coaching, training and insight outside of the workplace. Companies can sponsor employees to be a part of BWISE to supplement their existing diversity efforts and can also assist by bringing in speakers and supporting our events. The organization helps to prepare, train and develop the next generation of Black women leaders in STEM.

We also have hosted successful networking events across the country in Atlanta, Austin, Chicago, Houston and Washington. Each event attracts the best and brightest in the STEM field, ranging from mid-career to top-level executives. In 2019, we will expand to three more cities—Boston, Dallas and New York—and provide more in-depth trainings in emerging technologies to meet the career demands of our membership.

The network of BWISE chapters and women around the world consists of experts and thought leaders in business, government and academia who are focused on engaging and empowering girls and women everywhere to join the digital revolution. Our members from the U.S., Europe and Africa are poised to become leaders in their own countries, impacting the lives of underrepresented people around the globe. By creating a more diverse workforce globally in emerging technology fields, we can help reduce gender-based financial inequities and be better prepared for the workplace of the future.

Originally Published on Scientific American, by Erika Jefferson on April 23, 2019.

Erika Jefferson is the President and Founder of Black Women in Science and Engineering (BWISE), an organization focused on bridging the leadership gap for Black women in STEM. She received her MBA from Georgia Tech and her BS in Chemical Engineering from LSU. She has worked for top companies such as Amoco, BP, Chevron and Praxair in a myriad of leadership roles ranging from sales/business development to supply chain and operations excellence.

by Crystal Campbell
January 18, 2021
The Workplace

by Crystal Campbell
January 28, 2020
The Workplace

Previous
Job Searches During The Coronavirus: Tips For Recent Grads On Finding A Job During A Pandemic
Next
A Conversation with Jana Morrin